Join Luke and Chris in the bunker as they recount the battle of Metaurus – the Stalingrad of the Second Punic War. Beer this month is Birra Moretti, 3.5 bullets out of 5. In this battle, Roman commander Nero attempts to turn the tide in the decisive confrontation of the Second Punic War. This battle has it all: war elephants, drunken Gauls, atypical and risky battle maneuvers, and a twist of fate.

Location of the Battle:

The battle took place somewhere along the Metaurus river, which is highlighted red on the map below.

Initial phase of the battle:

Second phase of the battle:

Nero realizes he cannot attack the Gauls and leads a part of his forces behind the Roman army and flanks the Carthaginians on the left flank, attacking from the river. The Carthaginians start to retreat. 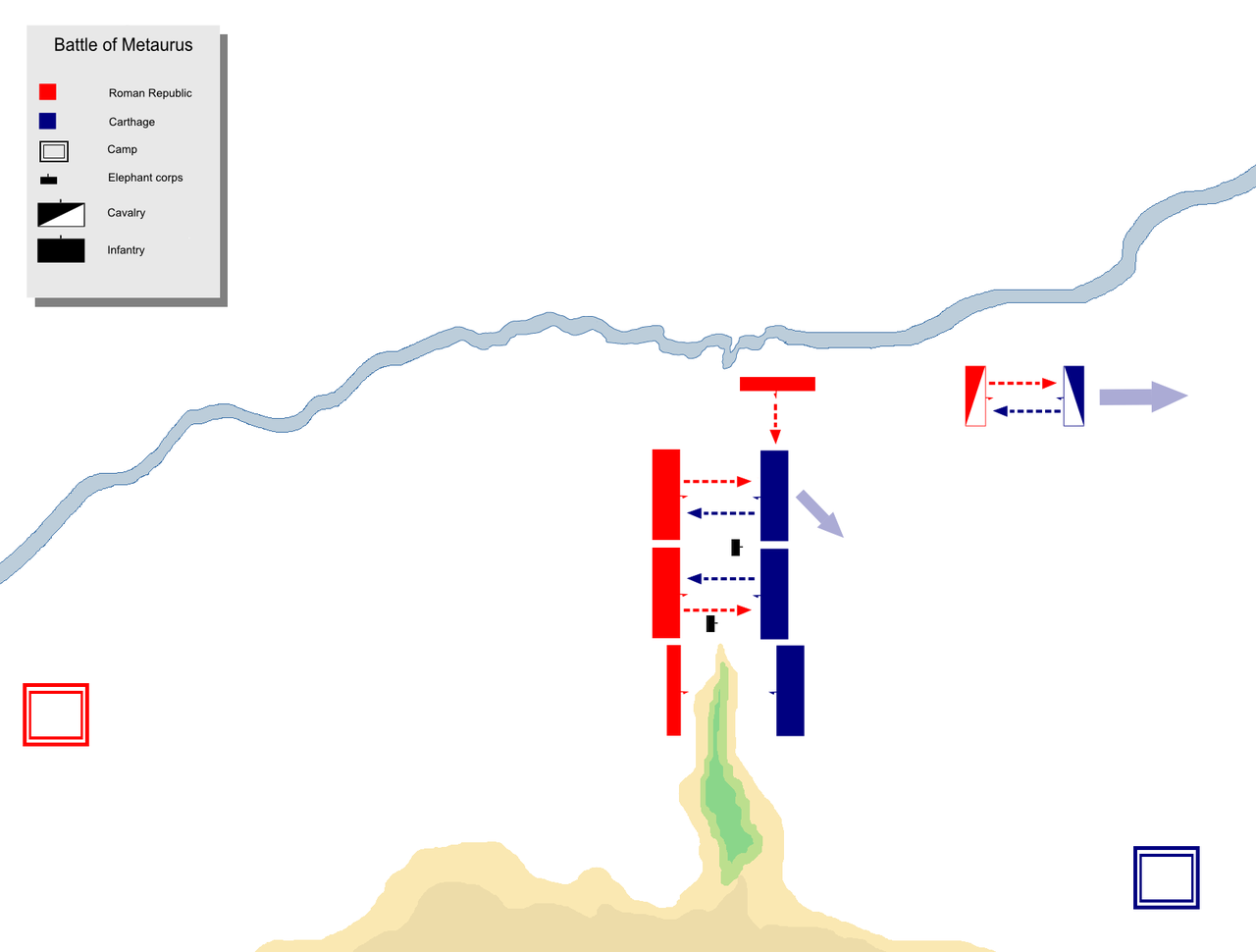 Third phase of the battle: 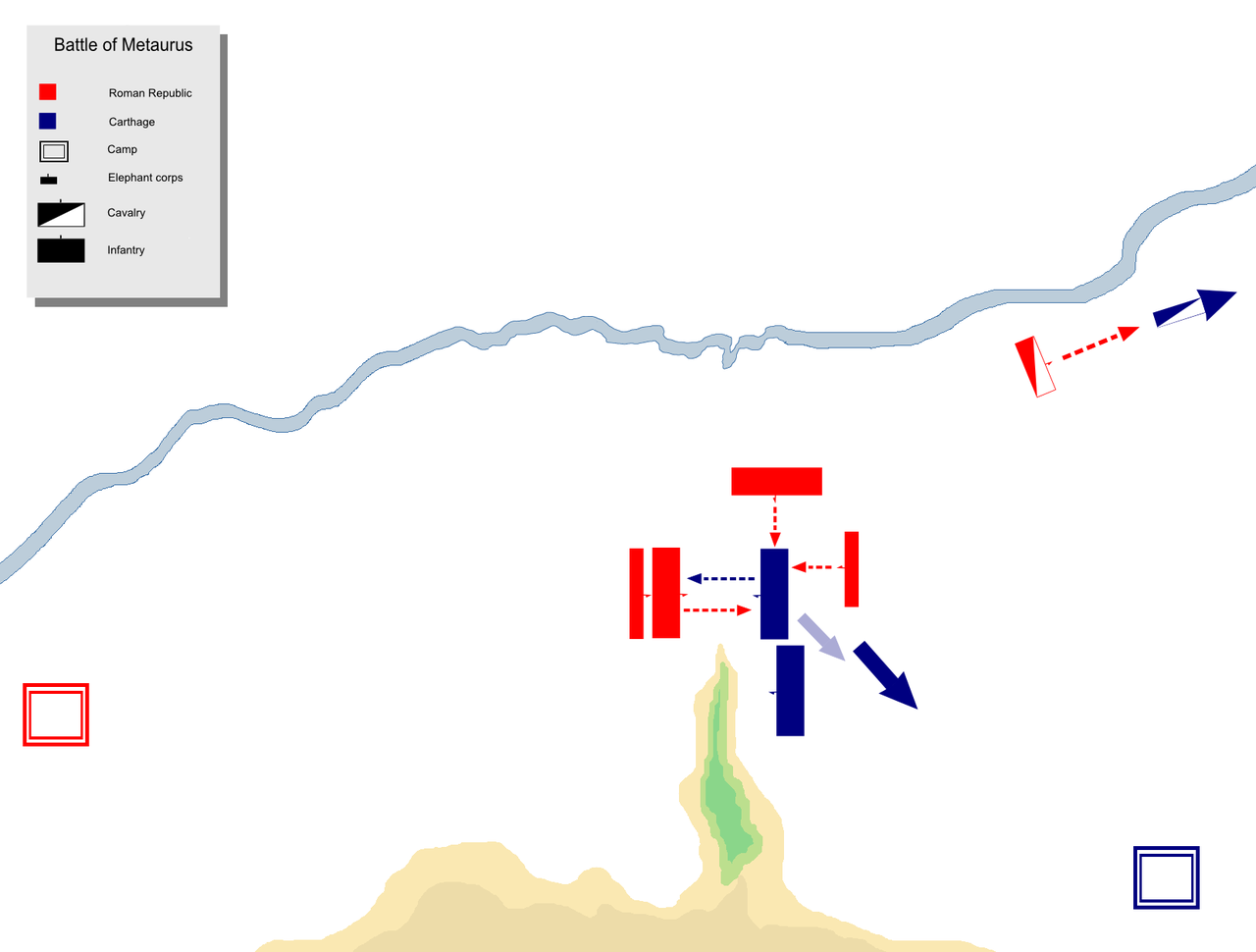 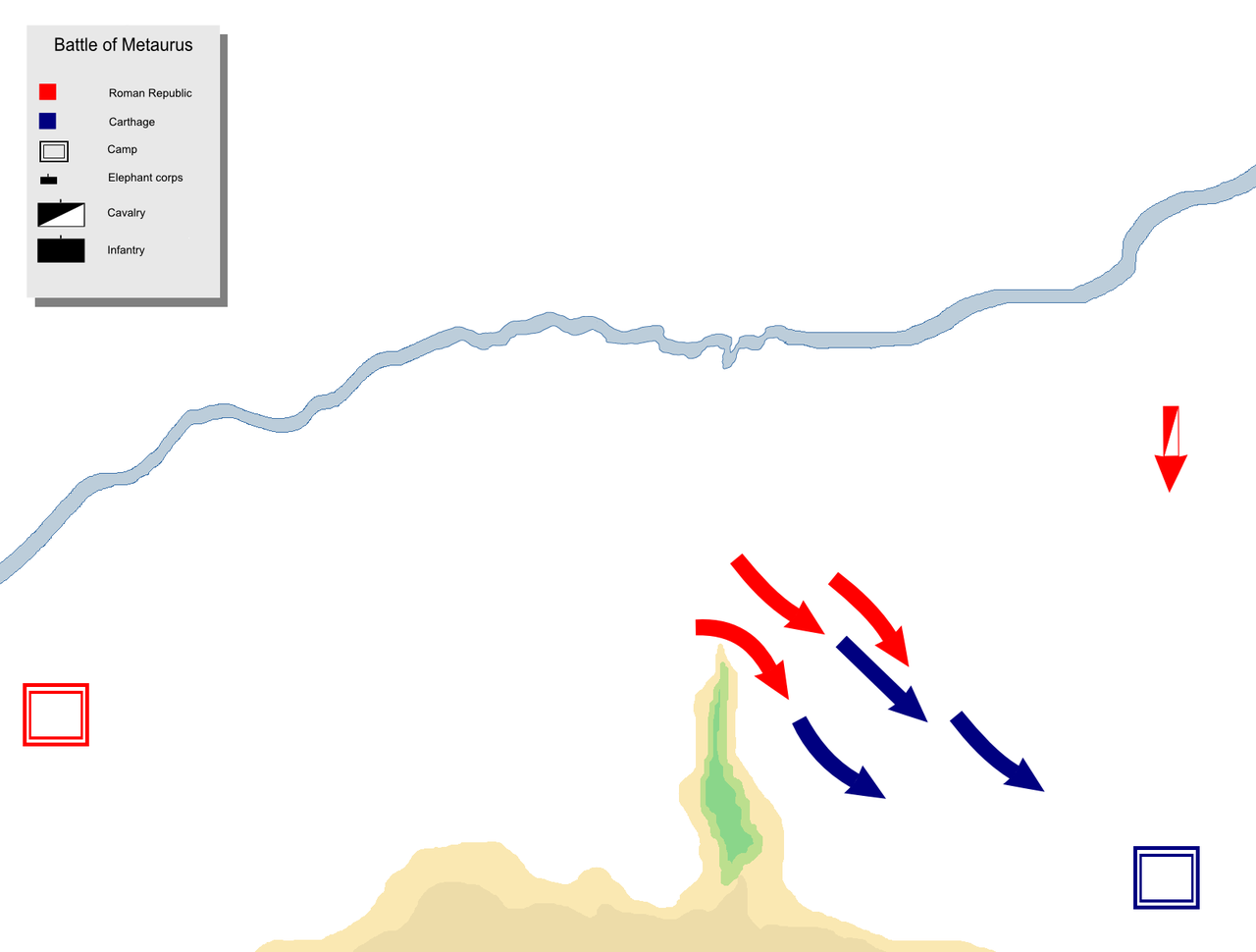 Rome and Carthage by T.A. Dorey and D.R. Dudley

The Histories by Polybius

History of Rome from its Foundations by Livy

The Oxford History of the Classical World by Griffin Murray (ed.)

The Fifteen Decisive Battles of the World by Edward Shepherd Creasy