Iwo Jima – an eight-square-mile island transformed into a death trap. Literally, every square inch of the island spewed death. The whole rock was a front line. Join Chris and Luke as they take you, like a second Virgil, on a trip through a Nightmare in Hell – the battle of Iwo Jima. For months, the Japanese mastermind Tadamichi Kuribayashi turned the island into a factory of hell the marines dubbed “the meat grinder.” For months, the Americans returned the favor by shelling and bombing the island with impunity. Over 200,000 men participated in this battle. This is their story. We’ve made every attempt to let them speak for themselves.

The beer this show is Sapporo, 3 bullets out of 5. 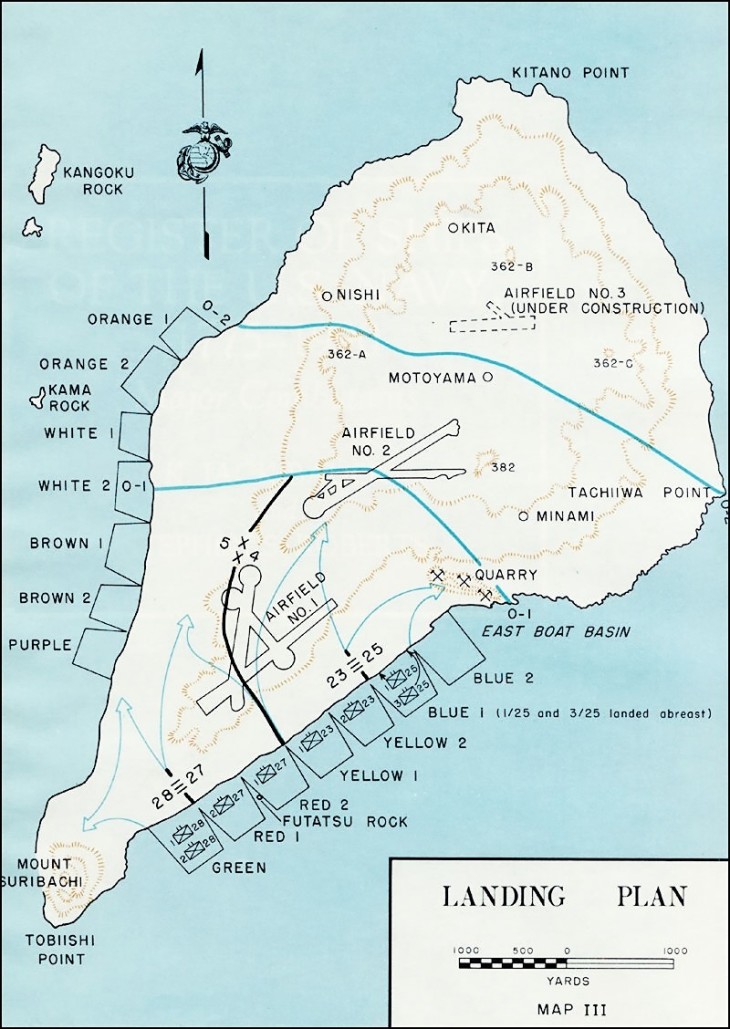 Please note this is a map of the battle plan. The map below shows how the battle actually progressed. 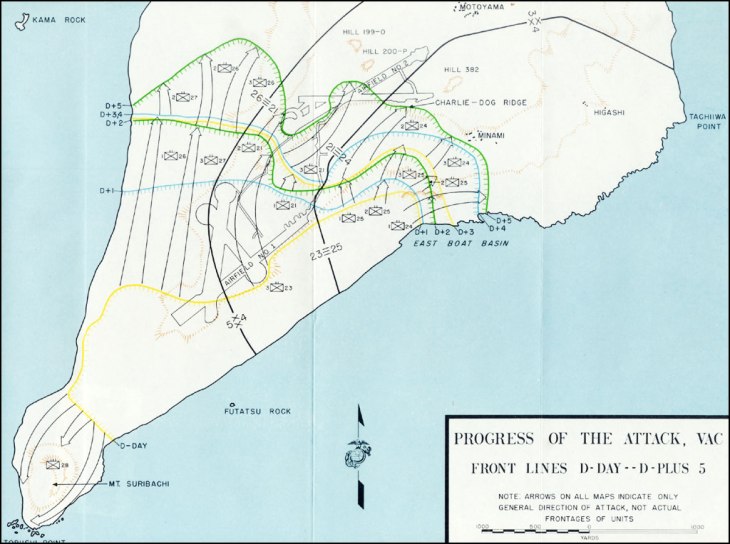 The yellow line in the above map shows the positions of marines at the end of d-day. Arrows show the lines of attack during the subsequent week.

Into the Rising Sun edited by Patrick K. O’Donnell

I was a Kamikaze by Ryuji Nagatsuka

Reaping the Whirlwind by Nigel Cawthorne

Hell in the Pacific by Jim McHenry and Bill Sloan

Sun and Steel by Yukio Mishima

War at Sea by Marcus Faulkner

The Rising Sun: The Decline and Fall of the Japanese Empire, 1936-1945 by John Toland

One thought on “Episode 8: A Nightmare In Hell – Iwo Jima part 1”