Here at Battlecast, we’re often asked what are the best military memoirs? To be included on this list, the book must transcend being merely interesting but should leave the reader changed – like a teenager seeing a great movie for the first time. The following books are well-written, unique, and life-changing. If you read these books, you may not be the same afterwards. 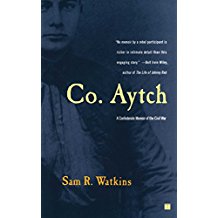 This is the best memoir to come out of the Civil War, on either side. Most memoirs are from the Northern Side. Sam’s is more poignant because he loses in end. He fights all over the South for most of the war. It’s a great window into the minds of Civil War soldiers, but has a realist quality that is missing from many Civil War memoirs. Sam writes like he’s talking to a friend – not his pastor or his mother. It makes for a great read from a different time. We used his book extensively in our episode on the Battle of Atlanta. You can listen to it here: episode 3 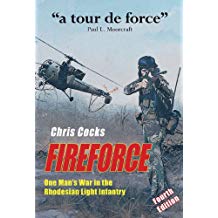 This book is one of the best-selling books in South African history and the reason is because it is one of the best written war memoirs you will ever find. The author served in the Rhodesian Light Infantry during the Bush War which lasted from 1965 to 1980. Chris served during the late 70s when the war was very hot and the men were getting called out to fight multiple times a day. A great read that will take you to the limits of human endurance – the pictures of soldiers in the book reveal the total enervation only a soldier can feel.

If you’ve ever wanted to knock the crap out of your stupid coworker in a meeting, this book is for you. One of the best books to come out the Vietnam War, Frederick Downs doesn’t try to hide the strain of war, his book revels in it. If you want to know what it was like to fight in Vietnam, this book is as close as you can get.

Close runner up: Dispatches by Michael Herr – a great book that formed much of the basis for the film Full Metal Jacket. However, the author was a journalist and not a soldier.

One of the best memoirs from World War II, it provides a rare insight into the Pacific theater of the war. In my opinion, Sledge’s memoir is one of the best American memoirs to come out of WWII. His description of warfare on Okinawa is almost beyond human comprehension. The things he witnessed and his capacity to document them merge into a beautiful painting of the tragedy of modern war. 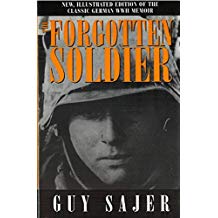 In this searing portrayal of war on the Eastern Front, Sajer brings the reader into the heart of the bloodiest conflict in human history: World War II in Russia. There were tens of millions of casualties. Many men have written their memoirs. None come close to Sajer’s. There’s a reason West Point includes this book on their top 100 professional reading list. Do yourself a favor and check it out.