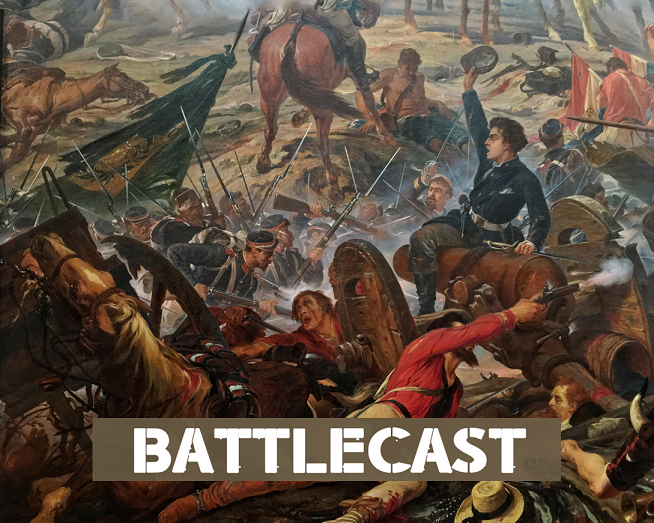 The Paraguayan War. It’s the bloodiest inter-state war in South American history. It’s the bloodiest war in modern history on a per capita basis. Because of this war, the Paraguayan people, an entire culture, almost ceased to exist. And how many of you even knew about it before you read this? But it’s not just me on the show today. Riding shotgun is Dr. Thomas Whigham, Professor of Latin American history at the University of Georgia and the definitive historian on the Paraguayan War. In our show tonight, you’ll hear about the bloodiest battle in South American history – the battle of Tuyutí. You’ll hear about Solano Lopez – the man who took dictatorial control over the nation of Paraguay and brought his people to the brink of annihilation. You’ll hear about pain, blood, sacrifice. So much sacrifice. Sacrifice that you can’t even imagine. Starvation. Limbs hacked with machetes. Men blown to pieces. Trench warfare. Devastation. Waste. Child soldiers. And it won’t cost you a dime. It’s all here on Battlecast – the world’s foremost podcast on war and its socio-political impact.

The Road to Armageddon by Thomas Whigham link: amazon

I Die with my Country: Perspectives on the Paraguayan War by Hendrik Kraay and Thomas Whigham

Francisco Solano Lopez and the Ruination of Paraguay by James Saeger

The War in Paraguay by George Thompson

2 thoughts on “Show 24: The Paraguayan War and the Battle of Tuyutí”