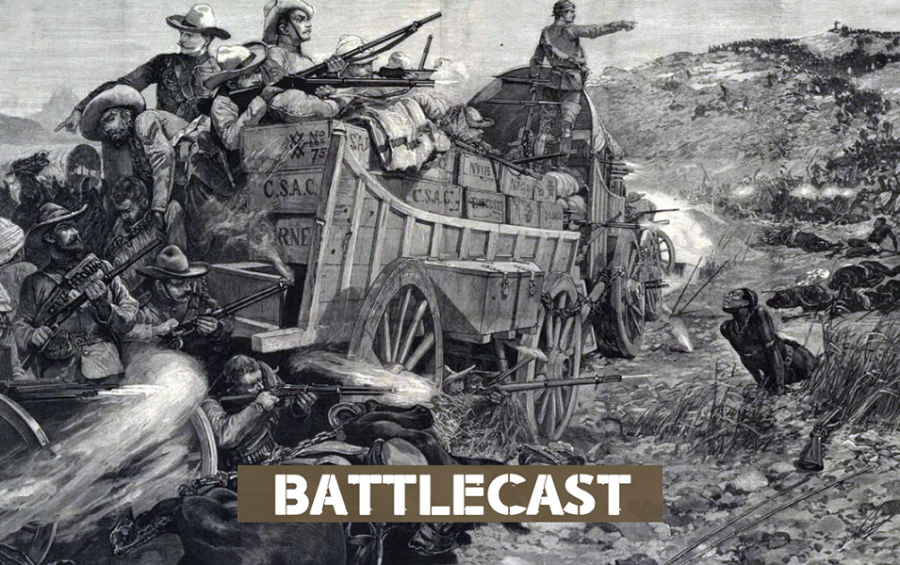 The First Chimurenga was a near simultaneous uprising by the veteran warriors of the Ndebele tribe and their former serfs of the Shona tribe against the few thousand settlers who had colonized Rhodesia during the first decade of its existence. Tens of thousands of people died – including many women and children – no one knows the exact number. At the time of the uprising there were only 48 regular police in Rhodesia and the initial onslaught nearly succeeded in driving the European population out of the country. The two tribes were united in the cult of the spirit-mediums, an unwritten religion wherein spirits entered into the the cult priests and whose prophecies were fuel for the rebellion. Here, in authoritative detail, is the story of that rebellion: the story of cults and massacres, of legions of horse hooves pounding the brown dust of Zimbabwe’s valleys, enveloping and shattering the traditional Zulu battle lines of the Ndebele; it’s witchcraft and machine guns; it’s bombs and murder – it’s the First Chimurenga.

This is part two of a ongoing series. You can find part one here: First Matabele War.

The Rise and Fall of the British Empire by Lawrence James

Mugabe: Power And Plunder In Zimbabwe by Martin Meredith

The Fate of Africa by Martin Meredith

The Rhodesian War: A Military History by Paul Moorecraft and Peter McLaughlin

Bush War Operator: Memoirs of the Rhodesian Light Infantry, Selous Scouts and Beyond  by Andrew Balaam

Fire Force: A Trooper’s War in the Rhodesian Light Infantry by Chris Cocks

Survival Course: Rhodesian Denouement and the War of Self by Chris Cocks

Masodja: The History of the Rhodesian African Rifles and its Forerunner, The Rhodesia Native Regiment by John Wynne Hopkins, Brig David Heppenstal, and Alexandre Binda

Pamwe Chete: The Legend of the Selous Scouts by Ron Ried-Daly

Taming the Land Mine by Peter Stiff

Black Fire: Accounts of the Guerilla War in Rhodesia by Michael Raeburn

Rhodes: The Race for Africa by Antony Thomas

The Founder by Robert Rotberg

A Handful of Hard Men: The SAS and the Battle for Rhodesia by Hannes Wessels

Dingo Firestorm: The Greatest Battle of the Rhodesian Bush War by Ian Pringle

Sunshine and Storm in Rhodesia by Frederick Selous

White Liberals, Moderates, and Radicals in Rhodesia, 1953-1980 by Ian Hancock

The Struggle for Zimbabwe: Battle in the Bush by Lewis Gann

The Struggle for Zimbabwe: The Chimurenga War by David Martin and Phyllis Johnson

Origins of Rhodesia by Stanlake Samkange

At the Going Down of the Sun by Charlie Warren

‘“It was Difficult in Zimbabwe”: A History of Imprisonment, Detention and Confinement during Zimbabwe’s Liberation Struggle, 1960-1980’ by Munyaradzi Bryn Munochiveyi. University of Minnesota Doctoral Dissertation. 2008.

History of Africa by Kevin Shillington

The Founder: Cecil Rhodes and the Pursuit of Power by Robert Rotberg

“After Two Decades of Rot, Zimbabwe Is Coming Apart at the Seams” by Antony Sguazzin, Ray Ndlovu, and Brian Latham. https://www.bloomberg.com/news/articles/2020-09-14/after-two-decades-of-rot-zimbabwe-is-coming-apart-at-the-seams

The Rise and Fall of the British Empire. 36 Lectures by Patrick  Allitt. Produced by the Great Courses.

All our yesterdays, 1890-1970: a pictorial review of Rhodesia’s story from the best of ‘illustrated life Rhodesia’ by Various.

A Martyr Speaks by John Coey

Rhodes and Rhodesia: The White Conquest of Zimbabwe 1884-1902 by Arthur Keppel-Jones

2 thoughts on “A Military History of Rhodesia and Zimbabwe: The First Chimurenga /// 53”